The Resurrection
of Jesus Christ

How Do you Explain the Empty Tomb?

The Resurrection of Christ

The tomb was empty. The lifeless body of the crucified Christ was laid in a new tomb, a giant stone was rolled up against the grave’s only entrance, and the burial site was guarded by Roman soldiers (Matthew 27:62-66). How do we explain the fact that on the third day this tomb was found to be empty? Not even Harry Houdini could have gotten out of that one!

The resurrection of Christ is one of the most thoroughly and solidly documented events in history. There were numerous eye witnesses who saw the risen Christ. See 1 Corinthians 15:1-8 where we are given a listing of different people who saw the Lord alive after His death, including over 500 people on one occasion (verse 6). If an impartial jury could have all the evidence presented to them, including an abundance of testimony from eyewitnesses, the members of the jury would be forced to conclude that Christ rose again from the dead. The facts of the case overwhelmingly support this conclusion.

George Lyttelton (1709-1773) was a famous English writer and statesman who lived during the period when rationalism, agnosticism and deism were very prominent in Western Europe. Just before he died, he told his close friend and biographer, Dr. Samuel Johnson: “When I first set out in the world I had friends who endeavored to shake my belief in the Christian religion. I saw difficulties which staggered me....”

Lyttleton and a friend by the name of Gilbert West, being fully persuaded that the Bible was unreliable, determined to expose Christianity as a falsehood. Lyttleton chose the Conversion of Paul and Mr. West the Resurrection of Christ for the subject of hostile criticism. Both sat down to their respective tasks full of prejudice. However, the result of their separate attempts was that they were both converted by their efforts to overthrow the truth of Christianity. They came together, not as they expected, to exult over an imposture exposed to ridicule, but to lament over their own folly and to felicitate each other on their joint conviction that the Bible was the Word of God. Their able inquiries have furnished two of the most valuable treatises ever written in favor of revelation, one entitled, “Observations on the Conversion of St. Paul” and the other “Observations on the Resurrection of Christ.” [Another example of a skeptic being transformed as a result of examining the evidence is the case of Lew Wallace, the author of Ben Hur. Wallace was a friend of the famous infidel, Robert Ingersoll. One day Ingersoll challenged him, “Lew, why don’t you write a book and prove to the world once and for all that Jesus Christ was nothing but a mythical figure, much less the Son of God?” Wallace spent a great deal of time and money investigating every shred of evidence he could find, and his conclusions were far different from what Ingersoll had hoped, as any reader of Ben Hur knows.]

Have you ever seriously considered the resurrection of Christ? How do you explain the empty tomb? Some, like Mr. West, discredit the resurrection and ridicule it. But have they ever sat down as Mr. West later did, and looked at the historical accounts and seen for themselves the wealth of evidence pointing to the fact that the One who was crucified rose again? Most people never even bother to examine the record or weigh the evidence.

Suppose a religious or political leader living today began to make the following announcement over the radio: “I want you all to know that when I go to London, my enemies will murder me, my body will be buried, but in less than a week’s time I will come back from the dead and hundreds of people will see me.” What an extraordinary prediction! And yet the Lord Jesus made these kinds of statements repeatedly during His ministry on earth (see Matthew 16:21; 17:9; 17:22-23; 20:18-19; 26:32; etc.).

It is important to notice that Christ was seen by all kinds of people at different times and under different circumstances. On one occasion He appeared to just one person; on another occasion He appeared to two people. Several times Christ was seen by seven or more people. On one occasion there were more than 500 people who saw the risen Christ (1 Corinthians 15:6). Of those who saw the resurrected Lord, some were women and others were men. One was a tax-collector, others were fishermen, one was a skeptic (Thomas), another had recently denied Christ (Peter) and another was an enemy of Christianity (Saul of Tarsus).

The risen Lord was also seen under all sorts of conditions. Some saw Him in a garden, others saw Him in a room, others talked with Him on a road, and others ate with Him by the Sea of Galilee. He appeared more than once in Judea and more than once in Galilee and once He appeared north of Galilee near Damascus (Acts 9). Some met Him on a mountain; some saw Him at the dawn of day, others during the bright light of day, still others at night. After His death, He was seen alive for a period of 40 days (Acts 1:3). A medical doctor of the first century underscored the certainty of the resurrection as proven by the post-resurrection appearances of Christ when he said this: “He (Jesus) showed Himself alive after His passion (death) by many infallible proofs” (Acts 1:3).

Those who deny the resurrection have tried in vain to come up with satisfactory explanations for why the tomb was empty. Different people have suggested the following weak theories (except for #5 which is pure folly!):

First of all, how would they have gotten past the Roman soldiers who guarded the tomb and how would they have moved the giant rock which was rolled against the tomb’s entrance? But even more significant is this: If the disciples had stolen the body, then they would have known that Jesus was dead. Why then would they have gone forth and fearlessly preached that He rose again? Most of them were killed because of the message that they preached. Men seldom lay down their lives for what they know to be a lie or a falsehood.

If they had made such a mistake it is certain that the authorities would have quickly called this fact to their attention. If the enemies of Christianity had known where the body was, would they not have produced it? This would have once and for all proven that the resurrection was a falsehood. All they had to do was produce the body, but they never did.

3)      The people who claimed to see Christ actually had hallucinations and visions. They thought they saw Christ but they really didn’t.

This might answer one or two isolated cases, but it’s impossible that 500 people on one occasion would all be afflicted by mass hallucinations (1 Corinthians 15:6). And again, this could have easily been answered by bringing forth the dead body of Jesus.

4)      Jesus did not really die on the cross, and when He was put in the tomb He was still alive. When people later saw Him alive, it was because He had never died!

A question was one submitted to a newspaper column and received the following answer:

Q: Our preacher said, on Easter, that Jesus just swooned on the cross and that the disciples nursed Him back to health. What do you think? A: Beat your preacher with a cat-of-nine-tails with 39 heavy strokes; buffet him repeatedly; nail him to a cross, hang him in the sun for six hours; run a spear through his heart, embalm him; put him in an airless tomb for many hours and see what happens!

5)      A UFO came and took away the body out of the tomb by means of a molecular transporter device. 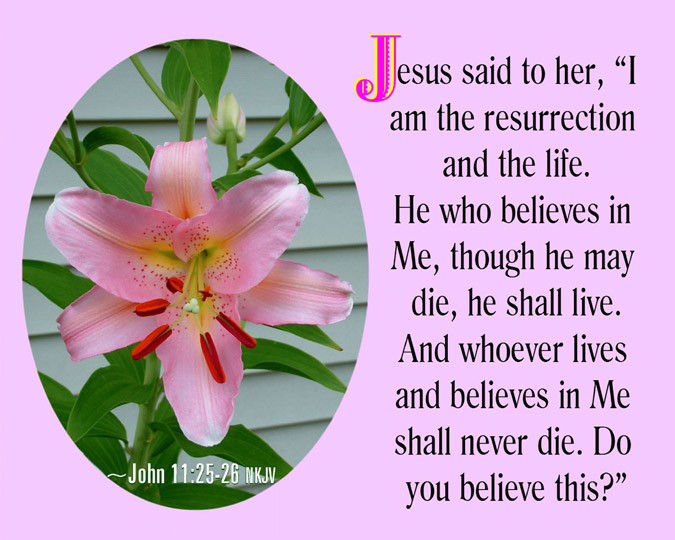 Do you have a reasonable explanation for why the tomb was empty? I’ve only found one that fits the facts and harmonizes with all the evidence: Jesus really did rise again from the dead, just as the many eyewitnesses declared. One of those eyewitnesses wrote this (speaking of himself even though he uses the third person): “This is the disciple who testifies of these things, and wrote these things; and we know that his testimony is true” (John 21:24).